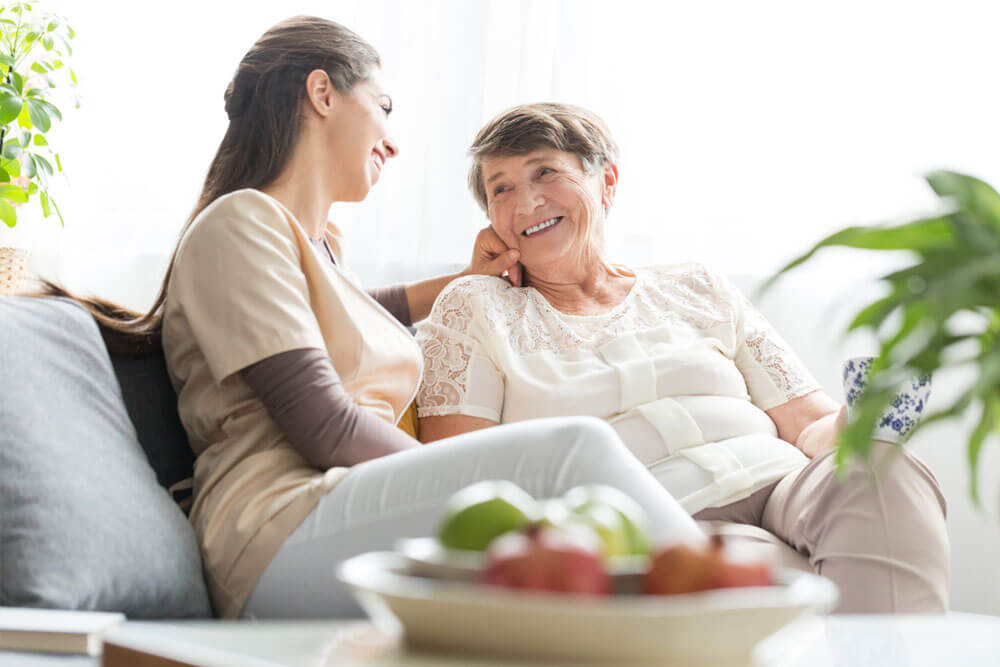 Alzheimer’s disease (AD) is a degenerative brain disorder. It breaks down and destroys brain cells and the neurons that connect brain cells to one another. This damage causes a decline in memory, behavior, and mental capabilities.

There is no cure for AD. Science has not yet identified any treatments that can slow or halt the progression of this disorder. Researchers also do not know how to prevent the onset of AD.

Treatment focuses on creating a better quality of life for people with AD. Doctors address symptoms of the disease that can be managed. This can be done with traditional and alternative treatments.

Caprylic acid is a fatty acid found in processed coconut oil. The human body breaks down caprylic acid into the protein ketone. A similar protein is used in a drug called Ketasyn.

Some research has found that people who took Ketasyn had better memory performance and less cognitive decline. Some people are using coconut oil as a cheaper alternative to medicine that contains Ketasyn.

Omega-3 fatty acids may be beneficial in AD treatment. In one studyTrusted Source, researchers found that regular consumption of omega-3 fatty acids reduced cognitive impairment. But, it’s important to note that this research was conducted in animals, not humans.

You can get more omega-3 fatty acids in your diet by eating fish, nuts, and some oils.

Alternative treatment advocates claim certain vitamins and minerals can prevent or stop AD. One such antioxidant is coenzyme Q10, or CoQ10. CoQ10 supplements are available in drug stores. This enzyme is important to healthy body functions. It’s now being studied as a possible treatment for AD.

Most people get enough calcium from their diet. But some people advocate coral calcium as a treatment for AD. Coral calcium is derived from seashells and sea life. This means the calcium supplement may contain trace amounts of other minerals. Some believe this makes it more beneficial than other sources of calcium.

Coral calcium has not been proven beneficial in treating AD. The Federal Trade Commission filed a formal complaint against companies that promote coral calcium as a natural treatment for AD.

Acupuncture is an alternative medicine that is believed to promote self-healing by using fine, sterile needles. This therapy is thought to stimulate the body and improve the flow of energy.

According to some studies Trusted Source, acupuncture may improve mood and cognitive function in people with AD. A small study also showed that acupuncture improved mood, energy levels, and pain, but more research is still needed.

There is little risk with acupuncture done by a trained and licensed practitioner. It may be worth trying for other health benefits.

Aromatherapy uses essential oils to enhance well-being. One short-term study tested aromatherapy on a group of older adults, some with AD. At the end of the study, every person involved showed improvement in their thinking abilities. The essential oils used in the study included:

Larger studies still need to be conducted over longer periods of time to confirm these findings.
It is important to remember to never apply essential oils directly to the skin. Always dilute three to five drops in one ounce of a carrier oil such as almond oil.

Alzheimer’s disease affects the part of the brain that regulates the circadian rhythm, which tells the body when to sleep and wake up. AD can cause a disruption in your sleep and wake cycle. Some people have problems sleeping, which increases the risk of nighttime wandering. Bright light therapy may help.

StudiesTrusted Source have found that light therapy helps restore balance to the sleep-wake cycle. Bright light therapy in the morning improved the nighttime sleep pattern in some people with AD. It also increased daytime wakefulness and reduced evening agitation.

More research is still needed on whether there’s a positive connection between ginkgo biloba and AD. Current findings are not very convincing.

Some herbs are effective because of their anti-inflammatory and antioxidant properties.
Choto-san is an herbal mixture containing 11 medicinal plants. This mixture has been used to treat dementia. Some studies Trusted Source found improvements in memory and learning. But many studies have only focused on vascular dementia. Vascular dementia and AD both fall under the dementia umbrella, but are different conditions.

According to small study Trusted Source, the Japanese herb kami-untan-to improved nerve growth in rat brain cells. Based on these results, the herb could possibly slow the progression of Alzheimer’s disease. However, more studies are needed.

Be sure to report any use of herbs or alternative approaches to your doctor. Many herbs interact with other medications. Ginkgo biloba, for example, is known be a blood thinner and can be dangerous for people already on blood thinners.

What you can do now?

Current research does not support alternative treatments as a way to cure AD. However, your treatment plan is a personal choice.